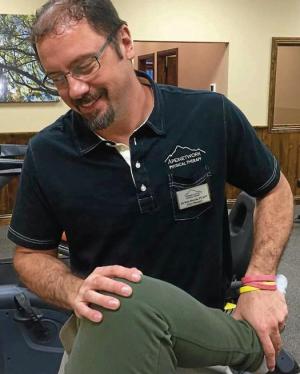 Concussions are a serious matter. How can physical therapy help?
A concussion is a mild traumatic brain injury, most often caused by a blow to the head. Concussions are usually not life-threatening. Even so, the effects can be serious.
Here’s what can happen when your head takes a hit. Your brain slams against the inside of your skull and then ricochets and slams against the opposite side. The movement can cause chemical changes and damage brain cells. Some people lose consciousness but most don’t. And most people also recover quickly and completely.
The problem is that diagnosing a concussion isn’t always easy because the signs are often more functional than structural. That means they don’t show up on an MRI or a CT scan and instead, the person just doesn’t feel right. Some signs show up immediately, but others may not be noticed for days or even months. Pre and post concussive testing, that is required by most school sports teams, can help in that diagnosis. The pre test shows baseline abilities that are eventually compared to a test after a concussion is sustained. There are different types of testing; some very scientific and some very basic. In a future article I will go in more detail about the types of tests and their benefits.
Statistics on Concussions
There are approximately 3.8 million concussions sustained in the U.S. per year. Concussions (or mild traumatic brain injuries) can be caused by motor vehicle accidents, sports or any type of injury where a bump or jolt to the head and/or neck occurs. Eighty-five to 90 percent of people who sustain a concussion recover from symptoms in just a few weeks with proper care. For the small percentage of people who take longer to recover from a concussion, physical therapy can help in many ways…(read more)