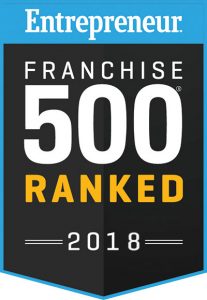 ApexNetwork Physical Therapy recently ranked in Entrepreneur magazine’s Franchise 500®, the world’s first, best and most comprehensive franchise ranking. Placement in the Franchise 500® is a highly sought-after honor in the franchise industry, as evidenced by the fact that Entrepreneur received more than 1,000 applications this year, making it one of the company’s most competitive rankings ever. Recognized as an invaluable resource for potential franchisees, the Franchise 500® ranks ApexNetwork Physical Therapy for its outstanding performance in areas including unit growth, financial strength and stability, and brand power.

“The demand for personalized quality physical therapy services continues to rise,” said Jason Baxter, ApexNetwork Physical Therapy Director of Franchise Operations. “According to a report in The Atlantic, the healthcare industry has become the largest employer in the U.S., surpassing manufacturing and retail. Ultimately, the goal of our clinics is to provide exceptional and personalized care. Being recognized as a top franchise is not possible without the dedicated franchise owners and staff.”

The key factors that go into Entrepreneur’s evaluation include costs and fees, size and growth, support, brand strength, and financial strength and stability. All franchises are given a cumulative score based on more than 150 data points, and the 500 franchises with the highest cumulative scores become the Franchise 500® in ranking order.

“This year’s Franchise 500 ranking features both up-and-comers who bring fresh ideas to an everchanging industry, as well as savvy stalwarts that have thrived for decades. We are proud to highlight and celebrate them all,” says Jason Feifer, editor in chief of Entrepreneur. “Our results show that the industry is strong—and that the most enduring franchisors are those who learn to balance innovation with reliability. That’s how to attract new customers while keeping the old ones happy.”

Over its 39 years in existence, the Franchise 500® has become both a dominant competitive measure for franchisors and a primary research tool for potential franchisees. APEXNETWORK PHYSICAL THERAPY’s inclusion in the ranking is a testament to its strength as a franchise opportunity.

ApexNetwork Physical Therapy is a leading franchisor of physical therapy and rehabilitation services. Partnership and acquisition opportunities are also available.

For more information on owning a franchise visit www.apexnetworkfranchise.com.